This Stay At Home thing is such a multi-faceted happy and devastating situation.  I’m not going to list the things that Whitney has lost because she is thriving.  I will update you all that she did not make the KU Rock Chalk Dance Team which was extremely devastating in the beginning but we have adapted and see very clearly why God’s plan did not include that adventure.  She will only be at KU two years so we are embracing the idea of her being a regular college kid and sorority girl enjoying the big school college experience before she moves on to Nursing School.  Don’t get me wrong, my heart drops every time I see something about Rock Chalk Dance but then I remind myself that my girl can just go and do fun and important things without a big spotlight for the first time in her life.  I’ve so loved watching her transform into this newest, current version of herself post-dance.  Oh and her recital was cancelled so her last day of dance was a normal day…which I’m also appreciating.  Some endings weren’t major, big, tear jerking situations, they were normal, happy days.  One thing that has been constant is her amazing support system at her dream job, Stephanie’s Bridal/Perfect Dress. They brought her dresses and took pics of her to promote a sale. Dang I love those ladies so much, they pour goodness, beauty, strength and more than I know into Whitney!

Carter has thrived as the “bowling ball in the basement” (the kid barrells through life knocking down things and people, he hurt his toe and finger recently because he just goes and doesn’t think so we have come to realize we need to say “don’t knock down xxx when you take out the trash” or whatever the situation is. He is totally my brother Kyle in that respect. (Must have to do with big muscles) and his biggest disappointment is that the gym has not opened yet.  He is so disciplined in his exercise and works out almost everyday.  I’m so thankful for that passion in him as I know it will carry him through life and sustain his physical and mental health.  So far it looks like he will have 4 As and 2 Bs this semester which we are so proud of!  “College is hard without teachers,” was a pretty devastating comment to his big hearted mama!  I offered help but he wanted to forge ahead and I am so proud of his effort and results! We let him have his college buddies over this weekend and it was so good for my soul to see him in his element since he’s been robbed of the end of his 2nd/academic junior year.  He’s feeling very robbed of a 4th year since he is set to graduate next May.  I hope and pray in time he will be ok with it. Right now it feels like a loss but a $35k saving in the long run! 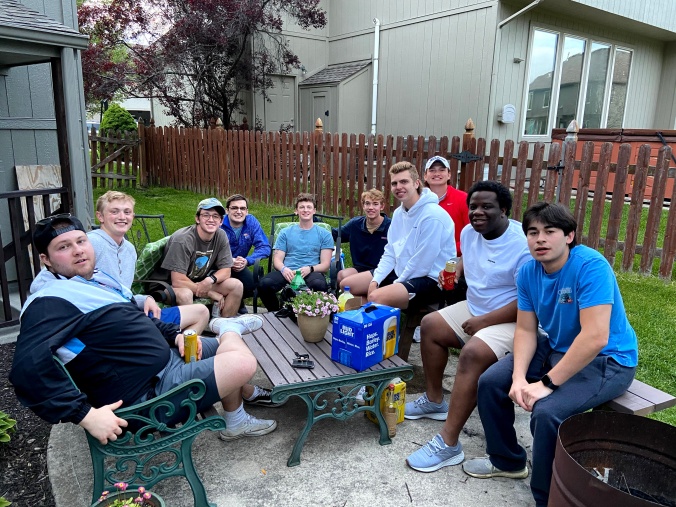 Whitney has one more test and is pretty much guaranteed an A so she’ll end the semester with her dual credits as a 4.8 and 4.0 cumulative gpa from high school. When Brad got diagnosed she struggled big time…we all did…but it affected her gpa and she has focused very well this year knowing these dual credits could not only raise her high school gpa but give her a very high college gpa starting out.  We’ll see how it all shakes out but I think this time has given her a glimpse into how life will be in college with all the time in the world and a MUST DO organization so it doesn’t just slip by.

This girl…in a flash! 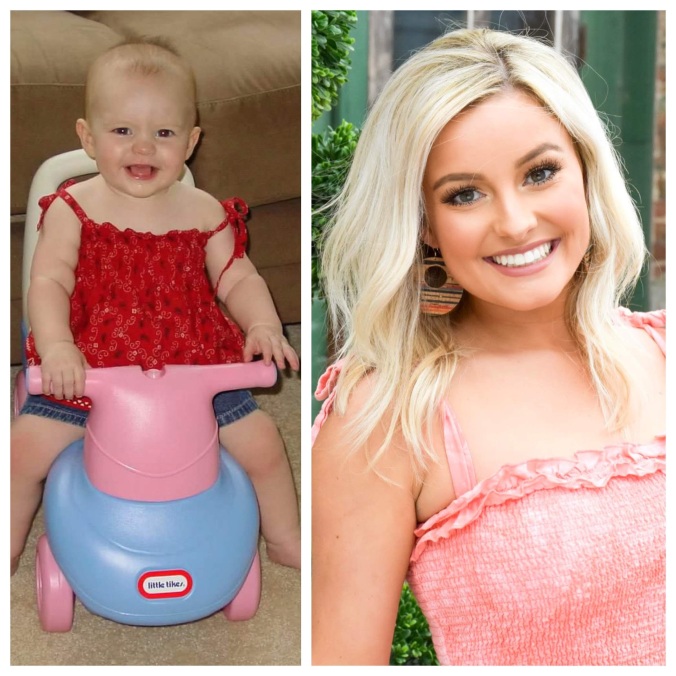 Russell Spencer Woods is living his best life!  He is such a hard worker and this situation has shined a spotlight on his inner focus, drive and organization.  He has been trying to eat more to grow, works hard at soccer skills, has stayed super organized in school assignments and is set to get all As as well.  He’s so annoyed with his one B in middle school that will cause him to have slightly below a 4.0 for the middle school career gpa.  Personally I’m happy he felt the sting of a B now so maybe he’ll keep that drive for As in high school.  This week he started trying to train our dog, Shadow, to close the door.  I just have to laugh…he is relentless…Shadow loves it, he gets lots of treats and attention and so far Russell has been successful in teaching him. Now the challenge is to get Russell back out running to make up for lost training.  His skills have improved but obviously hot having multiple training days each week has taken a toll.  The good thing is he has grown taller and gained weight so he’s staying focused on his nutrition. This kid…he really amazes me.  He is also super obsessed with getting a 2nd dog after a visit to a friend’s house where everyone had a new dog!  He is the dog whisperer!  He would already have a new puppy if it was up to me but Brad is the voice of reason and reminds us that when life is back to normal we’ll never be home.

So my biggest news is we have all MOSTLY enjoyed our time together.  Moods flare and we sometimes have a hard time with attention spans which can be annoying to the person talking.  We are so excited for Whitney’s Grad Party on the 23rd and hope people will feel comfortable coming.  Everyone I know is ready to bust out and be careful but stop with the crazy.  We Will Be Careful for Brad’s sake but we HAVE to get this economy going again!  Don’t @ me with anything…we HAVE to start this economy.

So Brad had his 2nd Chemo today.  The administered it slowly which helped and he had a little reaction but found that sucking on candy helped make it go away.  He bargained with his Nurse Practioner to not get Benadryl and it worked.  Thankfully.  That was not a great result last time. Our prayers today are that he will feel better this round.  He felt yucky for a week and we need him to feel good for Whitney’s party and our family that are coming to visit.  We hope all will go smoothly and all Whitney has dreamed as her senior year as been unlike anyone could imagine.

AND we all worked hard to spruce up our deck.  Brad did the heavy lifting in design and replacing boards.  I wanted to scrap the whole thing but he saw value in a sprucing plan and it turned out great!  Everyone helped, I put in some backbreaking work but it was so worth it!  I’m proud of us for upcycling because there are so many fancy patio sets out there but we were all in agreement that we liked most of what we had and just needed a few upgrades. So lots of upcycling happened which is so in line with our family vibe and we seamlessly found to new chairs to add.  Carter talked me into keeping two old rockers that are falling apart so everyone is happy and we have a beautiful multilevel space to enjoy.