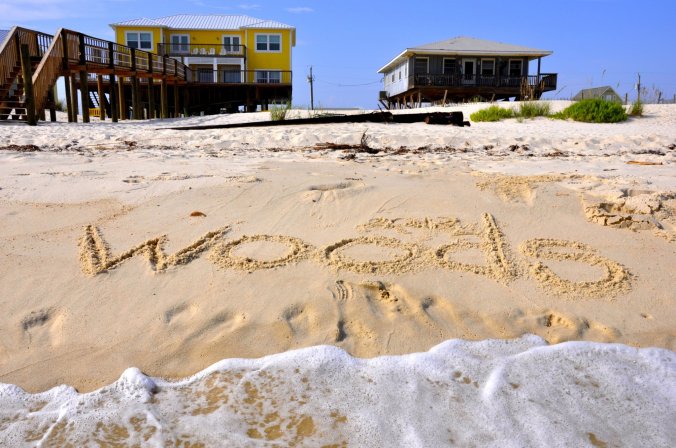 The Banana Cabana is in the background, our beachfront paradise for a week.

In the Fall of 2011 we started brainstorming on where we could take the kids for a beach vacation.  My 40th birthday wish was to take them to Isla Mujeres but being in Mexico makes it so expensive to get a family of 5 there and back.  So we opted for Gulf Shores, Alabama since we could drive there.  Brad and our neighbor Leslie did lots of research and looked at 100s of houses to rent.  He found Banana Cabana which was perfect for us and the 3 neighbor families.  We ended up taking 18 people, 11 kids and 7 adults.  The worst part was driving there and back but I read a lot so at least I felt productive.

We left after work on August 3rd and made it to Middle of Nowhere, Mississippi.  We arrived at the Banana the next day, late afternoon, which was just enough time to make dinner, have a quick swim and run off some energy. 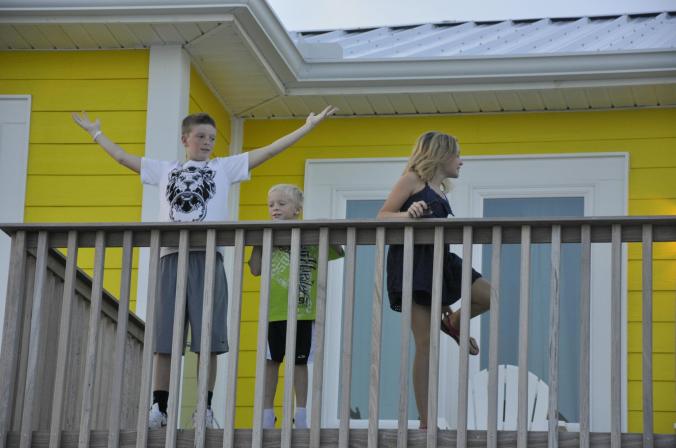 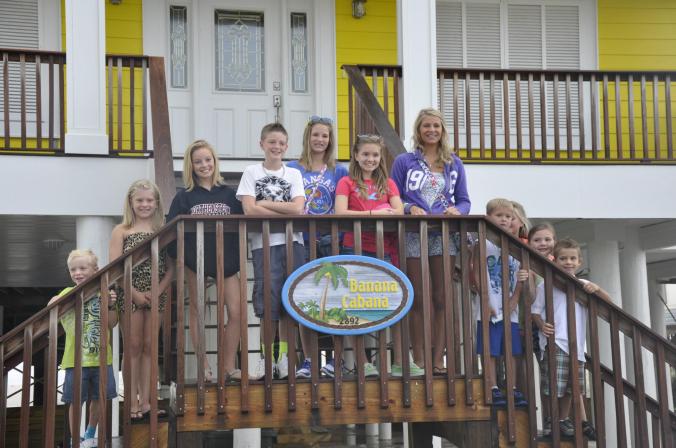 Here is a picture of all the kids lined up as we headed out for a trip to Orange Beach, 30 minutes away.

It was a very relaxing trip.  We had a pool outside our sliding glass door so if it was cloudy or sprinkling the kids could still go out and swim.  The ocean was very calm the first few days then a tropical storm stirred it up and made giant waves.  Many surfed and played in the waves, I’m a no-salt-water-in-my-eyes kind of girl so I lifeguarded at the pool. 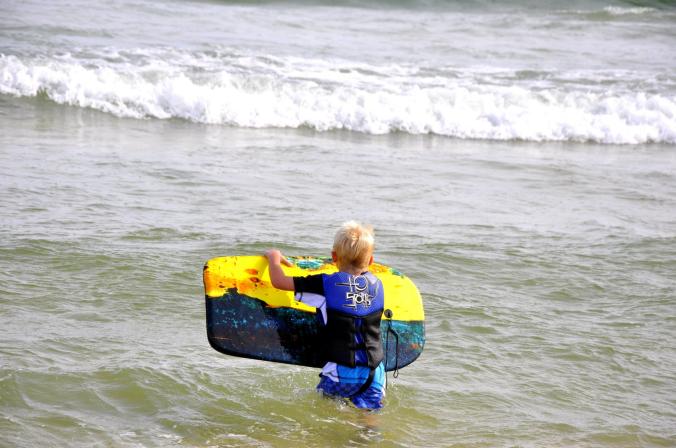 Russell heading out to ride the waves. 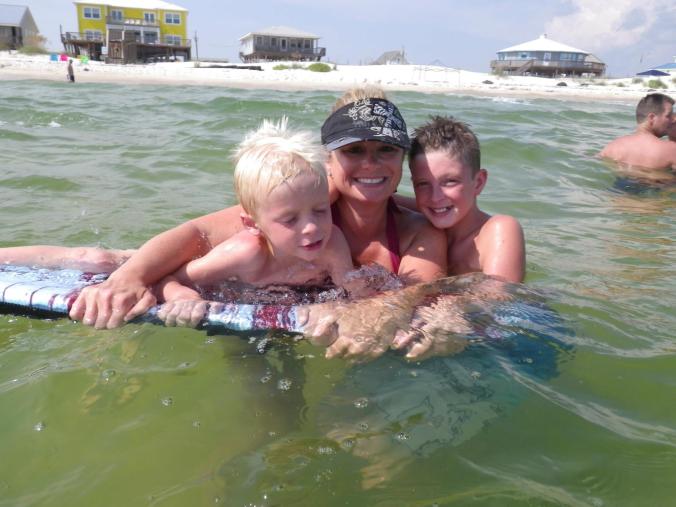 Me and my sweet boys 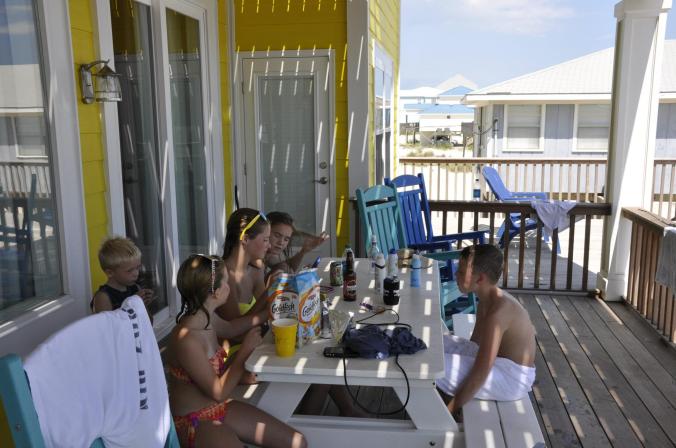 Our favorite dining spot, on the deck by the pool.

Of course I had big plans for photo ops and got SOME but would have liked to take more.  It is a trick to catch 3 kids kind of spruced and photo ready all at the same time with the right lighting and avoiding as much wind as possible.  If I had known it would get windy I would have taken photos more photos that first day.  BUT kids don’t want to cooperate when they are in discovery mode. 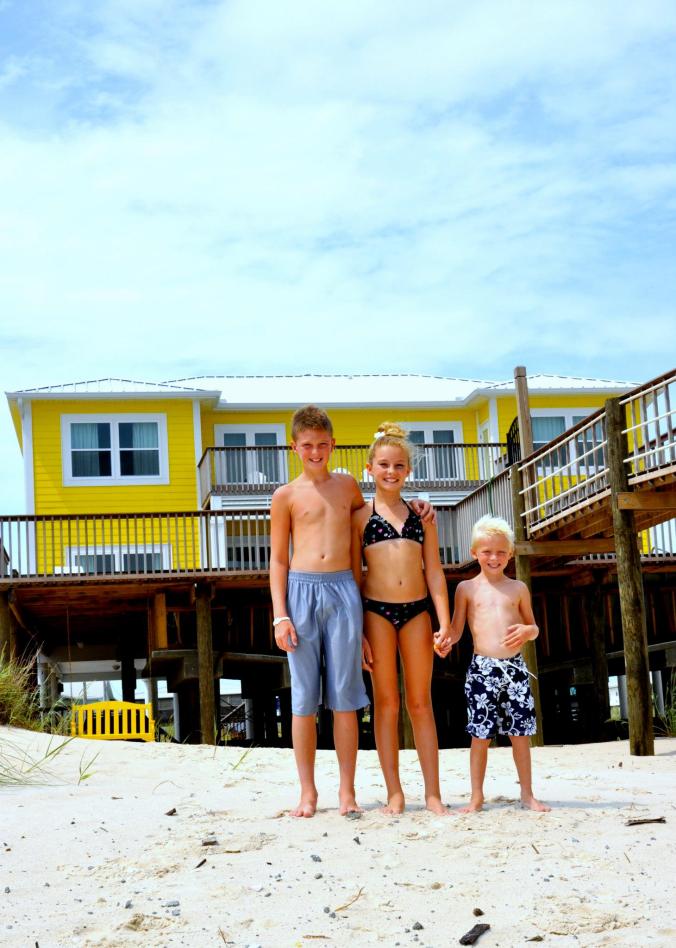 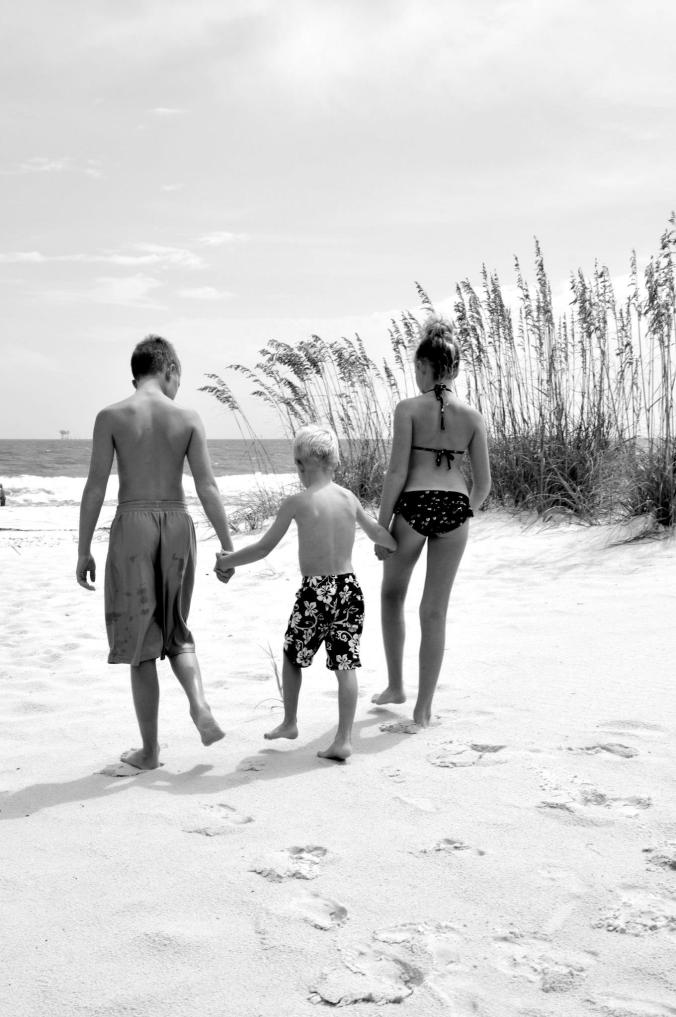 Bye Summer, it has been a hot one but a good one.