So we had three weekends in a row that were seriously monumental in the kid activity world!  Hubby and I divided and conquered but also tried to both be at as many games and events as possible.  Outsiders would look at us and think we are nuts and why do all of this but the truth is, with three kids you just have to be a little nuts.  I know families that have more than three and their normal is this same kind of madness but all the time.  I have some pretty awesome kids who give it their all so we support whatever sport or activity they want to do.  Next Spring we will be pulling back in the Russell department…three sports is just dumb.  But right now I don’t know what we’d take away.  My kids are totally made with this idea of being busy all the time.  After a long weekend of games Carter will still go to a youth group shaving cream fight at the church or to swim at a friend’s pool.  ME…I get in bed and pass out.   I’ve learned to take the opportunity to nap when I can because if I don’t I’m worthless the next week until at least Wednesday.

Russell’s highlight reel…he’s so handsome, so determined and ALL IN ALL OF THE TIME!  I love him so much! 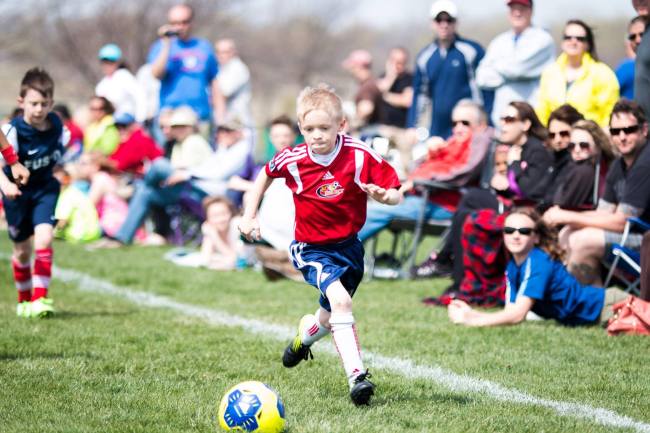 We are off to a family reunion for the holiday weekend.  I can’t believe I’m looking forward to chillin’ in the backseat snuggling with Russell and watching movies on our new van’s dvd player.  A little relaxation and slow down is just what I need after a totally insane Spring.  People keep telling me to enjoy every second because they will be grown and off to college.  I can’t even go there…I’ll be a puddle of tears when that day comes and it seems so imminent with Carter going to high school next year.  At least I have my little Russell who will keep us going long after the bigs are off to bigger and better things.  Hopefully he’ll stay sweet and responsible.

Whitney Jane had an awesome dance competition weekend last week!  It was a great showing for the last regional competition before nationals.  Best of all she was sweet and enjoyed it rather than too much spicy sass that tends to come out when her nerves get the best of her.  One of her dances won Video of the Week!  I think all of her dances got Elite Top First which is the hightest scoring category and all of them placed except her Duo because they only gave one placement in that category (dumb) but I think they would have gotten second.  If you watch the video below please “LIKE” it on Youtube, there is some sort of contest going on 🙂  She’s the one squatting under the umbrella in the beginning then comes out and hams it up in front/center.  She ends up on the right side when they dance with their beach balls.  I could watch this video 1000 times and not be tired of it!

And finally, Carter’s baseball team got to play on some really cool fields in Topeka last weekend.  The dugouts were all professional looking and the fields were really nice.  I stayed home to run Whitney and Russell around and really missed my baseball family.  They had a rough weekend on the field but hopefully got them in a good mindset to finish off the season on a high note.  Baseball is such a mental game, it’s amazing how players can get completely derailed and take awhile to recover.  I’m glad I’ve learned to love the game because I thought it was boring before I learned the rules and strategy.  Russell really likes baseball so it is a good thing I enjoy it now, I have many more years in the stands.  Carter has been pitching some which he really enjoys and it gives our clutch pitchers a break.  I’m mostly proud of his grades, not to jinx him but he has really stepped it up!  It has been a learning year…he learned that studying for tests is a good thing, you have to use a blank map when studying for map tests and it is easier to just do the work than have to catch up.  I hope he carries these lessons into high school!

THESE THREE are THE BEST 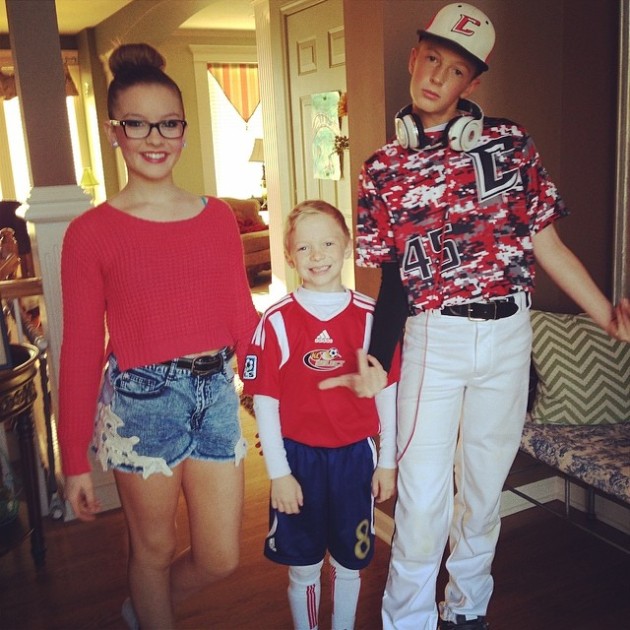